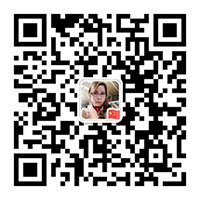 Mobile communications industry, the establishment of the League of smart antenna

Recently, the mobile communications industry to set up a smart Union, the goal is to promote the development of smart antennas and promotion. British company Marconi Mobile SpA announced that it would invest 60 million U.S. dollars to a production company ArrayComm smart antenna to carry out related research and development. IntelliCell the latter can support smart antenna software i-Burst mobile broadband access business.

U.S. Federal Communications Commission (FCC) in June 2000 to ArrayComm, a company release of i-Burst test permit. The use of the technology, each cell within the cellular transmission capacity will reach 40Mbps, ArrayComm claims the technology will also greatly improve the spectrum utilization.

In addition, South Korea‘s Samsung Corporation and the company also announced that it would Metawave base station and smart antenna technology combined with the introduction of the so-called built-in smart antennas, aimed at strengthening the capacity of base stations, such as base stations will be used to 2.5G and 3G CDMA network.